April 2019 - Grand Ole Opry Induction
​We celebrated one of Buddy's Place alumni, Kelsea Ballerini, on her induction into the Grand Ole Opry.  What a dream come true for her!  She is now a permanent part of country music and forever in the family!
Dec. 11, 2018 - Music Video Release
​ We congratulated one of Buddy's Place favorites, Janelle Arthur, on her new video release for Runnin' From My Roots.   The video remained on CMT as a #1 song for 6 weeks in a row!   This song is the title track for Janelle's movie which was released on DVD!
July 22, 2018 - 50th Show Celebration
Thank you to everyone that come out to celebrate with us!  It was a super fun night at Madame Tussauds Wax Museum in Nashville as 10 singer songwriters each took the stage, playing for a sold out crowd.  We are looking forward to the next 50 shows and then some! ​​
June 6, 2018 - CMT Awards
Congrats to our Buddy's Place Alumni for representing at the CMT Awards!  Carly Pearce took home an award for Breakthrough Video of the Year with "Every Little Thing," while also nominated for Female Video of the Year!   Performing at the awards and nominated for Video of the Year was Brett Young.  Kelsea Ballerini was also nominated for Female Video of the Year for "Legends."  Makes the awards to much fun to watch and Buddy even got to be there in person!  Way to go everyone!
April 8, 2018 - Food Truck Festival
​​Buddy's Place provided entertainment for the Smyrna Food Truck Festival presented by Cousins Maine Lobster food truck!  We had 10 different artists come out  to entertain the crowd while they enjoyed food from several different food trucks.  There were several thousand people in attendance throughout the day despite the bitter cold spring day.
Aug. 4, 2017 -  Huge THANK YOU to Charlie Worsham for making our 40th show a wonderful success!
Charlie Worsham played a fantastic show at Buddy's Place!   Guests enjoyed a BBQ dinner as well as 90 min of story telling, original tunes by Charlie, and some cover tunes including "The Gambler" made popular by Kenny Rogers. The show was a  benefit for Worsham’s charity ‘Follow Your Heart Scholarship’ which gives back to students in his hometown of Grenada, MS, who wish to pursue a career in the arts.  We raised $1000 with ticket and merchandise sales!  Way to go Mr. Charlie Worsham!  We were so glad to have you play for us and look forward to the day you come again.  ​ 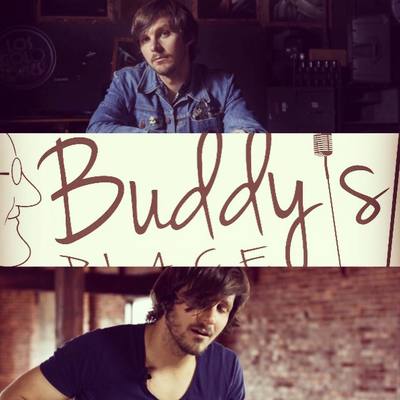 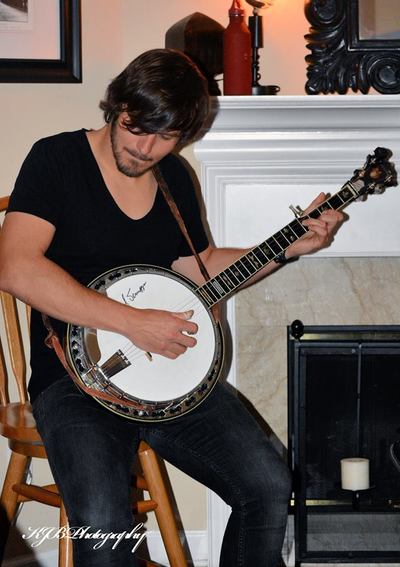 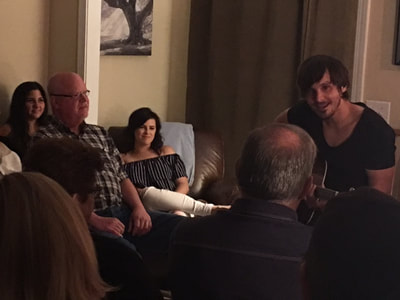 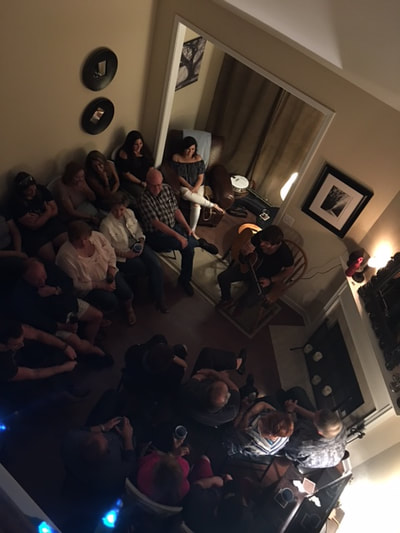 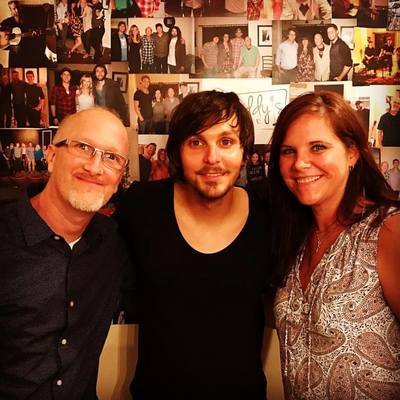 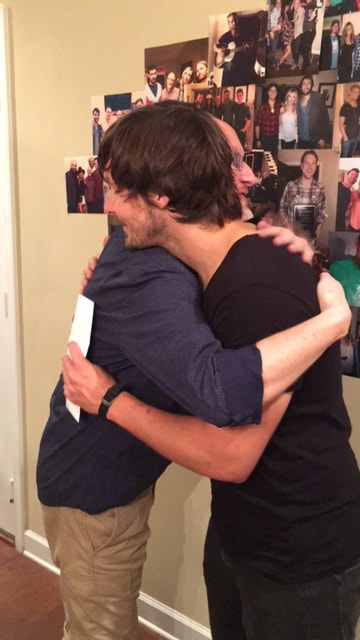